My friend Dave has written a post on @israellycoolblog about a tiny section of Paul Joseph Watson's latest video (Steem version here) in which Paul used a meme. The meme is mocking Turning Point USA and most likely it was made by someone in the orbit of Nick Fuentes and/or the Groypers. I really don't want to have to explain that shit show.

As Dave quoted me in the piece, in my opinion PJW was having a mild dig at Trump tipping off Netanyahu as the only world leader who really knew this was happening, which PJW said on Twitter – and which PJW then got dog piled on for antisemitism. Using this video in his video is his inside joke about himself being called an antisemite for pointing out that Israel and Bibi’s special relationship with America might be more special than the UK’s and Boris.” The more I look at it, simply for tweeting that perhaps Israel is a "more greatest" ally than the UK, he gets called an antisemite. In my books that alone is not enough to accuse someone of Jew hatred (my preferred term).

There are way too many on our side throwing accusations of antisemitism around without enough real evidence to back it up. I'm confident that PJW does not hate Jews purely because we are Jews. I feel he knows the difference between various Jewish political elements which certainly do have effects on politics and media in the USA and the world. However he's able to recognise that Judaism and Jewish ethnicity doesn't provide the foundation for a conspiracy behind the globalist left.

If I'm wrong and he wants to tell me otherwise, he can get in touch!

Dave also linked to this video I made a long time ago calling out PJW for 2014 nonsense about Israel. This was a scripted video of the kind I tend not to do these days. 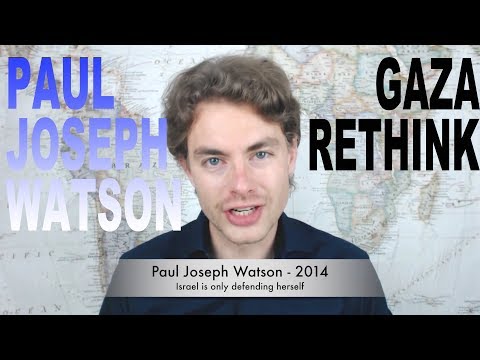