Yesterday, we were subject to the sickening sight of former Israeli Prime Minister-cum-felon Ehud Olmert and PA President Mahmoud Abbas holding a joint press conference on the sidelines of the UN Security Council meeting.

Olmert should be ashamed of himself, putting his own ego and desire to be relevant ahead of the interests of his country. Then again you'd think Olmert would be ashamed to even show himself in public following his jail term, let alone appearing alongside a terror-promoter like Abbas to undermine the only peace plan on the table.

But just when you thought your stomach couldn't turn any more violently, this is what happened following the press conference: 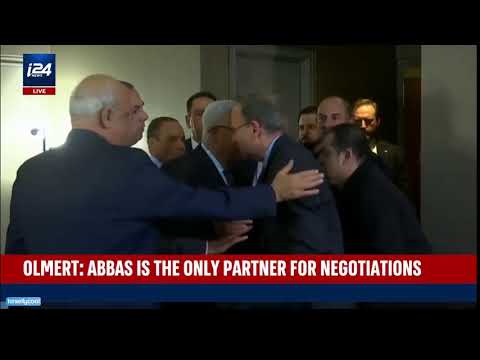 Abbas' kissing buddy is Jeremy Ben-Ami, the President of J Street, which calls itself a "proudly pro-Israel organization."

Lucky for Ben-Ami, Abbas does not find his lips to be as filthy as his feet.

Ben-Ami is running for the 2020 World Zionist Congress on the HATIKVAH slate, along with faux Zionists like Peter Beinhart and others from the likes of Americans for Peace Now, New Israel Fund, and T'ruah, which all work to undermine the Jewish state and our security, despite their claims otherwise.

If you are thinking of voting for the World Zionist Congress, please play this video again and again and then vote for one of the real Zionist organizations such as:

And feel free to show this video to anyone thinking of voting for HATIKVAH.